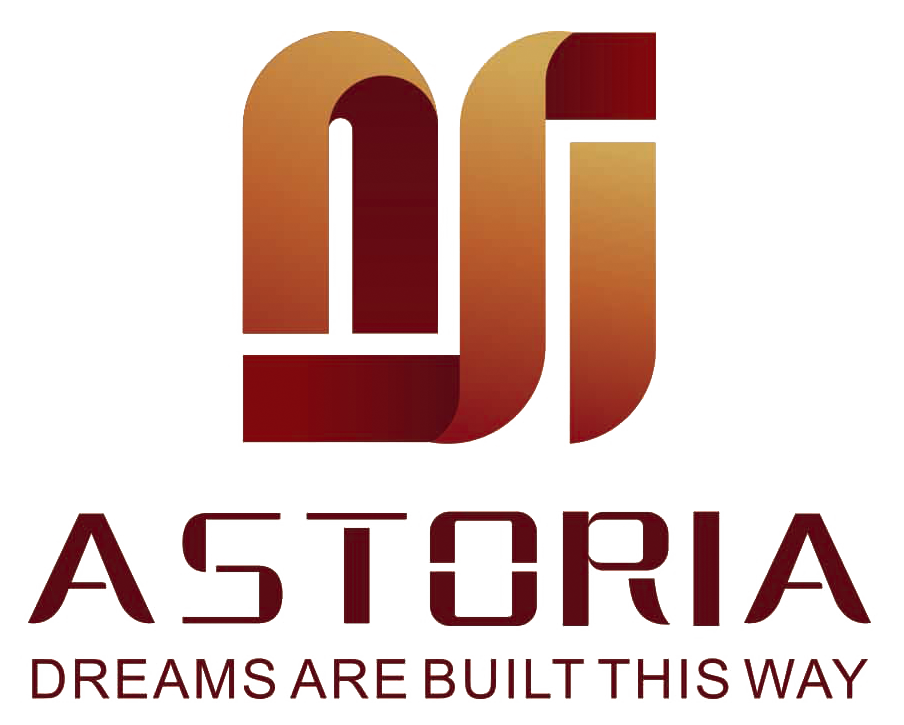 True to its slogan of ‘dreams are built this way’, Astoria Colombo offers a range of luxury condominiums in Sri Lanka that are too beautiful to be true.

All your modern living dreams are met at Astoria and you can choose from a range of luxury apartments that are the best you can find in Sri Lanka. Located in the heart of Colombo, Astoria stands tall on Deal Place, Colombo 3, surrounded by the best Colombo has to offer.

With shopping malls, cinemas and restaurants and hotels just a stone’s throw away, Astoria lets you be part of modern living in Colombo that is changing lifestyles in Sri Lanka. However, with architecture and facilities that will make your luxury apartment truly feel like home, Astoria allows you to live amidst the hustle and bustle of the city but with the peace, quiet, comforts and luxury of a modern home.

Facilities offered in luxury apartments of Astoria Colombo range of the branded equipment to security features that ensure your life in Astoria is safe and worry-free. Astoria also offers great investment opportunities in Sri Lanka for anyone interested in tapping into Colombo real estate. Thus by making Astoria Colombo your home, you are given the opportunity to make an investment you won’t regret while also enjoying the elegance and luxury of modern
living in Sri Lanka.

Astoria Colombo is a project by Aviation Industry Corporation of China (AVIC).

Since its establishment in 1982, the corporation has built on its expertise in the aviation industry to develop into a multi-element corporation with hi-tech production, real estate development, property management, hotel operations, retail and trade as enhancements to its core business. From 2009 onwards, the corporation has continued to be ranked among the Fortune Top 500 Enterprises with enormous potential. In 2014, the corporation achieved its
highest ranking of 178.

A major subsidiary of AVIC, AVIC INTERNATIONAL has set up wholly-owned or holding subsidiaries in major cities across China, has established over 110 branches in more than 50 countries, and owns eight listed companies. The company has over 70,000 employees serving customers in more than 180 countries. It has a total asset of more than RMB 220 billion.

Depending on the three major platforms of information technology, finance and financial investment and overseas financing and services, the company specializes in six major business sectors, including international aviation, trade and logistics, retail and high-end consumer goods, real estate and hotel management, electronic high technology, and development of resources.

As to real estate business of AVIC, it has already tapped the market of a good sum of countries over the world, including Kenya, Tanzania, Algeria, UAE, Sri Lanka, Malaysia, Laos and Mongolia, China, having started over 100 projects all over the world.

With a strong team of well qualified professionals and extensive experience in the domains of civil, mechanical structural and geotechnical, San Piling focusses on providing a strong foundation for construction projects. The group considers team work, efficiency, responsibility & responsiveness as their key success factors and hence invests most of their efforts in optimization of resource and continuous improvements and innovation in technology in acquiring the most powerful piling machines in the world; all these are done with the primary intention of offering better quality products and service each time.

The Design Group Five International (Pvt) Ltd has been in existence since 1972 and has expanded from its small beginnings to be one of the largest and most respected Architectural and Engineering Consultancies in Sri Lanka. With in-house Professionals in Architectural, Civil & Structural Engineering, Electrical/ Mechanical Engineers, Quantity Surveying and Project Management DG5 offers a comprehensive range of Consultancy Services.

Their past and current work portfolio includes some of the key buildings transforming modern Sri Lanka, including the Expansion of the Bandaranaike International Airport, the state-of-the-art Kotalawela Defence University Teaching Hospital, the Astoria, Empire and Iceland Luxury high rise apartment towers and the Havelock City Mega-project (as local architects) amongst many others.

The quality of DG5’s work has been recognised Internationally by numerous 5 Star awards at the Asia Pacific International Property Awards over the last few years, including a best office Architecture for the Asia Pacific Region for 2012-2013. DG5 has also been honoured locally by the Sri Lanka Institute of Architects by it’s first ever Special Award for Contribution to the Profession of Architecture in Sri Lanka. In 2001, DG5 became one of the first ISO certified Design Consultancies in the region in recognition of it’s rigorous design process.

Q Serve was given birth to in 1994 by Prof. Chitra Weddikkara as one of the pioneers in Consultant Quantity Surveying. The Project Management Unit was established in 1996 to cater to the current needs of the construction industry. Q Serve Pvt Ltd., is one of the first companies to be established in the country for both Quantity Surveying and Project Management. Prof. Chitra Weddikkara is an experienced Chartered Quantity Surveyor, Architect and a fellow member. Q Service is involved in a number of large projects in Sri Lanka.

Q Serve has developed methodologies that fully exploit team based approaches and offer services, which tap into its true power. Through our innovative approach we build relationships with our clients to transform and continuously improve the organization’s projects critical process. In short, Q Serve utilizes expertise in Business Rethinking and Corporate Dynamics that integrate disciplines such as: Project Management, Value Management, Risk Management, Partnering, Mediation, Post Occupancy Evaluation and Community Consultation with our clients business models.

The quality of DG5’s work has been recognised Internationally by numerous 5 Star awards at the Asia Pacific International Property Awards over the last few years, including a best office Architecture for the Asia Pacific Region for 2012-2013. DG5 has also been honoured locally by the Sri Lanka Institute of Architects by it’s first ever Special Award for Contribution to the Profession of Architecture in Sri Lanka. In 2001, DG5 became one of the first ISO certified Design Consultancies in the region in recognition of it’s rigorous design process.

LWK & Partners (HK) Limited is a multinational architectural practice with over 600 staff, providing architectural services through its offices in Hong Kong, Shenzhen, Shanghai, Guangzhou, Chengdu and Shenyang. LWK started business in 1986 and acquired a Local Design Institute with qualifications including architectural design (Grade A) in Shenzhen, China in 2011. The holding company of LWK, C Cheng Holdings Limited (stock code:8320) is the first listed architectural service provider in Hong Kong and main land China. In keeping with LWK’s spirit of creative design solutions and commitment of providing excellent services to clients, LWK will work closely with LWK Yiheng on providing premium design services in scopes of Architecture, Heritage Conservation, Landscape Architecture, Town Planning and Interior Design. LWK has worked with numerous clients, including blue chip and red chip developers and has completed over 100 projects in over 30 major cities in China, with a total constructed area of over 20 million sq.m. LWK’s achievements have been acknowledged through numerous global and national awards, such as the United Nations Global Human Settlements Award-The Best Community of Global Human Settlements, Asia Pacific Residential Property Awards, the Focus China Architects Awards and BCI Asia Awards Top 10 Architects Hong Kong.

PERCEPTRON is not only a stage full of hope, but also a door to open your dream. Innovation and creation both build a platform for designers to show their talent and to encourage the dreamers to chase their colorful ideals. To draw ideal pictures, we gather here, to work together and create happy designs.

PERCEPTRON focus on its practice and research of high end projects in the real estate industry, e.g. hotels, offices, sales offices, sample apartments, standard apartments, etc. PERCEPTRON team is a superior customized designer for interior decoration with a sensitive touch towards beauty and fashion, an ability to integrate control and rich practical experience. PERCEPTRON is good at analyzing orientation and the characteristics of each project and providing professional, systematical and unique concepts, as well as consultation services, design, purchase and collaborations, etc.

Diesel & Motor Engineering PLC ( DIMO) is a public quoted company representing the world’s best engineering brands in Sri Lanka for more than 75 years. DIMO is committed to being a responsible and ethical business organization geared to creating corporate value. DIMO brings the latest technologies and solutions to customer’s doorstep.

DIMO engages in multi-disciplinary business segments and capacities were enhanced towards building services engineering in the field of life safety, Security, Power and energy, lighting, building automation and healthcare in industrial and commercial sectors partnering with “Siemens”.

DIMO is privileged to be a part of this landmark project, AVIC Astoria Residential Development rising in the heart of the Commercial city of Colombo by providing a complete solution for Fire Detection, ELV and MV systems.

It is our proud that AVIC – Astoria also trusts DIMO’s 24×7 after care services for all the above state-of-the art Security and Life safety system to maintain minimum disturbances for their customers.

Kent Engineers Pvt Ltd., established in 1991 has evolved and grown to become one of Sri Lanka’s largest providers of turnkey Mechanical, Electrical and Plumbing engineering solutions. Kent is synonymous with transforming engineering concepts to reality and guaranteed Client satisfaction over the last two and half decades, we have been entrusted with large development projects locally and internationally.

Kent’s scope at ASTORIA project extends to Supply and Installation of Low Voltage Electrical system for Basement to Podium and Tower 3 & 4 and Lightning Protection system for all four towers. Project is handled with a highly qualified and experienced engineering staff, trained technicians and a capable supporting staff. We use the highest quality products of renowned brands (ABB – Busbars & Low Voltage Switchgear, Furse – Lightning Protection system, Schneider – Switches and Sockets, KIK – Electrical panels, Kelani – cables etc) to keep the quality and reliability of the electrical system.

As the sole distributor in Sri Lanka for Cummins Inc. USA, the largest diesel engine manufacturer in the world, Trade Promoters Ltd. (TPL) enjoys a reputation as a leading solution provider in power generation and marine business.

Our prestigious clientele include;